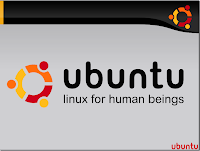 “Credit crunch!” Alter suddenly exclaimed.
“What?” I said, putting down my teacake.
“Licence fees!” Alter was clearly losing it.
“Is this some sort of word game? Am I supposed to link the phrases together into a longer, less meaningful sentence?”
“Consider, Professor - this year could be the best prospect yet as the year of Linux.”

You could hear the heavenly choir in his head as he said it. We've had this argument every year for at least ten years. Each time Alter mans the barricades of the Linux uprising, expecting to stick it to 'the man'. I'm still not sure who 'the man' is.

“Think about it, Professor. With everyone tightening their belts - ”
“Money's too tight to mention...” I warbled, off key. Alter ignored me.
“... no one wants to spend money on a Vista upgrade.”
“There wasn't exactly a rush before the Credit Crunch,” I said sarcastically.
“Your mortgage isn't sub-prime, Professor.”

This was rich coming from a tenant who pays no rent.

Alter assumed the pose with one eyebrow raised in condescension. It's his smug-shot.

“I think there's a few million computer users would disagree with you, Professor.”
“Name me a hundred thousand or so.”
“All those people who've bought net-book computers this year. That's five million Asus Eee PC's, the Acer Aspire, Elonex One, Everex Green PC, MSI Wind - ”
At the mention of the Wind, I made a childish noise. Blame it on Blazing Saddles.
“That would be five million Asus Eee PC's but only two million running Linux.”

Alter wasn't impressed, but carried on.

“- Dell selling Ubuntu with everything. Its what customers want.”
“Its what the Linux fan-boys on Ideastorm wanted, that's not the same thing, Alter. Most people don't care. That's why my friend Steve B in Redmond is making deals to keep XP working past its pension age.”

He's not really my friend. I only met him once. I'm still partially deaf in my left ear.

“You - you!” Alter spluttered. ”You made that podcast this year, you even called it Is this finally the year of Linux?”
“I did. I also said - no it isn't.”
“Your current client bought ten of the Asus Eee's as evaluation tools out of petty cash.”
“True. Then wiped most of them in order to load a custom build of XP.”
“Visibility, Professor. That's still millions of Linux desktops - Xandros on the Eee, that 'Cloud' thing on the Elonex. All – based – on - Linux!”

Sometimes Alter reverts to his old Marxist revolutionary self. It's touching, really.

“The people are beginning to realise you don't need all that bloat-ware to run basic desktop functions - email, web browsing, Office Writer. All those tiny, cheap Net-book machines are spearheading the Linux charge.”
“Hm. I can see the Linux share of the desktop market going up. Perhaps a whole half a percentage point. As long as India doesn't buy any computers this week.”
“Ha!” Alter scented victory. “India, Brazil, China. Come now, Professor. Millions of new users in the developing world, hardware cheaper than a second-hand Hum-Vee, running Linux with everything - even phones! Phones! Motorola already sold over 9 million Linux-based handsets.”
“Windows Mobile 6,” I countered.
“Gahhghgh,” Alter nearly choked.
“Quite. But its becoming ubiquitous - look it up. My current client switched to those HTC phones with Windows Mobile 6 and so did our main supplier. The operating system is bundled with the phone, not the other way round.”

Alter paused for breath. I pressed on.

“Don't you dare mention God-awful Android and Open Milkshake -” I warned him. “Vapourware, all of it; like cheap claret. I won't hear of it in the house, I tell you.”

I had him out-flanked. Wellington would have been proud of me. Time for the coup-de-grace.

“Even allowing for all those phones, all those netbooks, do you know what happens when their owners get home? They sit down in front of their desktop computers and those still have a Redmond logo on the front screen.”

I hated to drench his revolutionary fervour like this, but the old boy has to realise we're in this Linux thing for the long haul. Crushed, Alter still had to have the last word.

“Can I get you some rat poison to go with your teacake, Professor?”
RC