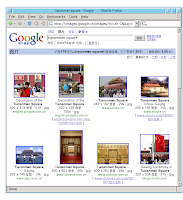 Some of you might be thinking it's a little late to ask that question. Web 2.0 has been around as a concept since the dot-com bust around 2001 and a practical reality for around two years. It's been hyped, dismissed, delivered, condemned, rejected, re-launched, branded, marketed and abused in all the media. Several times over.

Now you're thinking 'what an ass, it's far longer than/less than that.' So which 'web 2.0' are we talking about, using and developing? Can we agree a definition? Is it working? Is it worth it?

Back in the mists...
The question assumes there was a Web 1.0 to begin with. I don't remember buying a version number. I'm sure Tim Berners-Lee, who created HTML on Arpanet and by extent, the internet, didn't stick a 1.0 badge on his creation either.
The mists are clearing...

As far back as 2001, Tim O'Reilly* called Web 2.0 "an attitude, not a technology..." mainly because the technology didn't exist except as demonstrators. He emphasized terms such as 'play', 'rich user experience' and 'granular accessibility of content.' I had to read the rest of it.

Can we better define what Web 2.0 is?
Services, not packaged software: Web 2.0 isn't software, exactly. It relies on web-services and web-components, hopefully ones you can bolt together and re-use across domains, sites and devices. Knock yourself out, go mobile. Where it is released as software, then it's 'the perpetual beta' version, never entirely finished; as O'Reilly described it, "...software that gets better the more people use it..." Or at least, more valuable per share every time there's a buyout of another dot-com corporation.

The Right to Remix: "Some Rights Reserved." Who would have thought that 'hack-ability' would become an accepted, even desirable attribute of any software system. See Facebook today, compared with two years ago. With the new tools available, we're all software developers now; you can pull in your favourite Facebook applications into your profile page, customize them, write your own and maybe even create the next Scrabulous. For as long as the makers of Scrabble don't sue.
Collections of technologies: given the current crop of web-enabled tools: Ajax, Silverlight (Microsoft) and Mono (Open Source), peer-to-peer networks, portals, Really Simple Syndication, super-browsers with extensions (Firefox, IE7). What do you get? Gmail, Google Maps, Amazon e-recommendations, Facebook, MySpace, YouTube and Wikpedia. You also get every price comparison site from Best-Rent-a-Wreck to Whats-My-Toaster. Dot. Com.

The great thing is - and here's the one specific fact of value to us Ubuntu users - its' not dependant on having a vendor's proprietary box or a software licence carrying the Registered Trademark symbol. We can join in too. You're overwhelmed. I can tell.

From there to here
I love contrasting lists. These two came out of the original Web 2.0 conference (O'Reilly, 2005):

The Long tail
Netscape tried to hook us on a browser and sell us server-based solutions. What we have is Google, purely and simply a service. Now it's ubiquitous. Somebody say Netscape who? The other thing Google got right was understanding what Chris Anderson refers to as 'the long tail;' the collective power of the millions of small sites that make up the bulk of the web's content - now also featuring the immortal words "ads sponsored by Google."

Its the long tail that feeds the all big beasts of Web 2.0, not just Google. Sites like del.icio.us, the world's most popular bookmarking service under the most ugly address; and Digg, the wildly popular tech-news site driven by the mass of users sifting and ranking stories themselves. On Digg, you can 'discover the best of the web,' apparently. Such is 'the wisdom of crowds.'

The long tail is us, which is how BitTorrent uses the peer-to-peer architecture to ensure that every downloader also becomes a server. Psst... pass it on. Oops, I forgot, Napster already tried that.

Where is 'here' anyway?
Opinion - mainly mine - is divided on the subject. If you believe in the radical experiment in trust that is Wikipedia, where any user can be author, editor and reader, all at once, then the rules of content creation have changed forever. Although you might want to Google the same story out of a few different sites, just to be sure of the facts.

Perhaps I'm too much the cynical old hack (should that be hacker?); perhaps an hourly addiction to Bebo or Bo-ho or Miss-Teen-Bimbo is no worse than having to join Gamblers Anonymous. Then again, how many interactive poker sites have sprung up in the last two years? I believe you can even play in China. The internet is a great leveller.

My neighbour now has 183 on-line friends, which is 181 more than he has in the old home town. He can blog me, podcast me, even RSS-feed me; now I don't even need to choose my content, it all comes direct; with hyperlinks to every other web-site I never knew I needed to visit. I can shop til I drop from this laptop and later, go to my debt-counselling group on-line.

I must confess, however, I went to dinner recently with my old school pal and his family, unseen since four houses and ten years ago, thanks to an invite from a business networking site.

*Inspired by the article What Is Web 2.0: Design Patterns and Business Models for the Next Generation of Software by Tim O'Reilly (http://www.oreillynet.com/pub/a/oreilly/tim/news/2005/09/30/what-is-web-20.html)