I have the Lynx and it is Lucid... 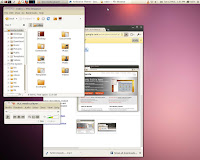 Ubuntu Lucid Lynx Alpha-3 on trial
ISO image available from http://cdimage.ubuntu.com/releases/lucid/alpha-3/
It's now a week in and its all running sweetly.
Got the new look, themes, branding. Improved software centre has a habit of giving me a crash report whether it has crashed or not (??).
So far, very impressed. And it's only an Alpha...
Everything works out of the box;
Wednesday ran update manager and automatically got the new themes for Light - Ambience and Radiance. The samples didn't convince, but on screen... yes.