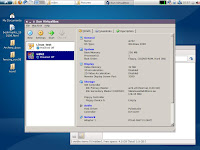 It's nearly always the random-bug-generator sat in front of the keyboard!
I nearly gave myself a bad day when I failed to get either Virtualbox OSE or the Sun-Oracle Virtualbox Free version working in Lubuntu. It wasn't anyone else's fault, I inadvertentaly got myself stuck in the half-way house between Lubuntu versions...
Installing Virtualbox, I got stuck in a rut with:


Compilation of the kernel module FAILED! VirtualBox will not start until this problem is fixed. Please consult /var/log/vbox-install.log to find out why the kernel module does not compile. Most probably the kernel sources are not found. Install them and execute


The VirtualBox Linux kernel driver (vboxdrv) is either not loaded or there is a permission problem with /dev/vboxdrv. Re-setup the kernel module by executing

(Look at /var/log/vbox-install.log to find out what went wrong)

On inspecting /var/log/vbox-install.log, I find:


Makefile:166: *** Error: unable to find the include directory for your current Linux kernel. Specify KERN_INCL=


I had installed DKMS, GCC, build-essential, so that end of things for compiling a Virtualbox kernel was covered. However,

Got stuck. It didn't exist. After looking around at repos for a kernel update, then looking at Virtualbox solutions which were more and more complex, I realised the linux-headers in the repos were all higher versions than my 2.6.32.17. No headers, no compiling of Virtualbox!
I was still on Beta-1 Lubuntu. The solution was simple.

Get the Beta-2 release, update the kernel version with the matching linux-headers and try again. Doh!!! 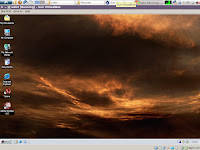 Installing Virtualbox for debian lenny 3.1.3.6-r59338, it ran straight in (I'm using this and NOT vbox-ose from the repositories as the OSE version does not support USB devices).
Virtualbox now works, extraordinarily quickly and the Install Guest Additions option works natively within Virtualbox without any intervention from me - better than on Lucid.  RC