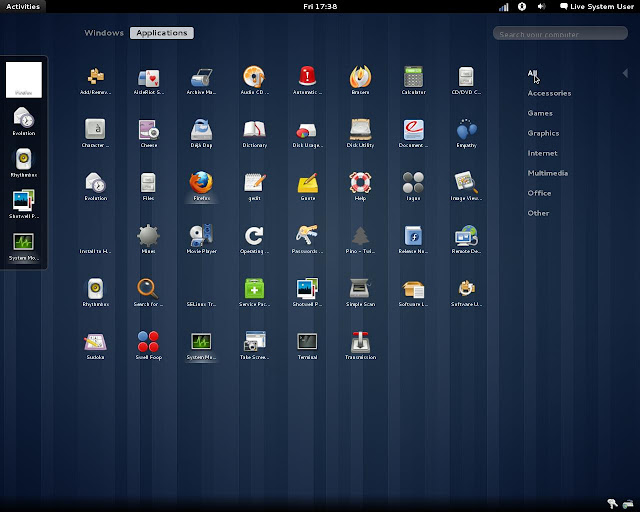 Battle of the Interfaces

Given the Open Source community doesn't always have the latest hardware, this is a blow to compatibility with older machines, notwithstanding that both Gnome Shell and Unity are causing trouble on current hardware as well...

The Open Source desktop environment Gnome 3.0 finally made a release last week and it took me that long to get hold of it, interestingly via a Fedora 14 Live CD.

We are also up to Ubuntu 11.04 Beta 2, running the Unity user interface. I've managed to update to this version on a virtual machine and on physical hardware.

Mixed Results
So to summarise: