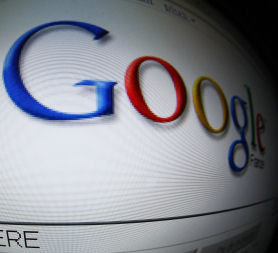 I have a GooglePlus account, with which I have done nothing. Partly because it's still a closed Beta and not everyone I know is in the 20 million internationally, but mostly because Google has rushed out a half-baked product to suit itself. I'm talking about the perceived screw-up with names and identities.

Before you howl "Google doesn't listen to its' customers" (us), please remember that you are Google's product, the customers are the advertisers who pay the bucks.
You may or may not agree with Anton P. Nym (aka 'Steve') "Google+ identity policy is horribly thought-out and carries with it the stench of Suits..." or with Kevin Marks ('Identity Theatre' piece) "...so it is explicitly designed to exclude 'people not like us' from the space."

It doesn't matter whether you agree or not. Google is a corporation with a fiduciary responsibility to generate profit. The whole "do no evil" motto is bunk, always has been.

The problem Google Plus has with user names is a sideshow to the main issue, albeit a comedy sideshow. I believe it's a result of muddle-headed thinking by the management with some bad advice from the engineers.