Opinion: Unity - Why the Long Face 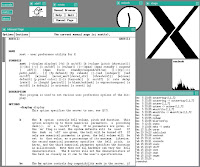 As has been expressed in Full Circle in the past, there is no such thing as an inherently intuitive computer interface. We all draw on the iconography and experience of the technology we use in our daily lives.

If we are lucky enough to live in a developed economy that includes televisions, phones, ticket machines, elevators, even bus stops; not to mention all those other computers badged by fruit-based marketers and some outfit with wobbly architecture (that's what you get when you have a life without walls, apparently).


What Ubuntu Linux has dared to do is to break away from the hotch-potch of all that technology and do things a little differently, in a new way, reaching out to new users. Unfortunately that has left some in the established base a little at sea, as some of those 'old ways of doing' were accumulated over the last thirty years of effort; even some of the new people think that Unity departs from what some might call 'common standards.' Whatever those are.

So we arrive at Ubuntu 11.10, with its distinctive and controversial interface. Controversial if you're one of the Linux in-crowd for whom all this is deadly serious. New users don't seem all that bothered. Just give them a CD of Ubuntu and let them get on with it.
What the 11.10 release represents is the turn taken at the cross-roads, on an accelerating journey, using a vehicle that, truthfully, is being bolted together along the way.

With it's tight development deadlines, Ubuntu 11.10 became a scramble to shoe-horn in as much new code as possible so as not to jeopardise the stability of the Long Term Support coming in 12.04 with Gnome 3 and Unity front and center.

For all the things that have been added, others have been taken away. Few will miss the nitro-glycerine-in-a-deb-package that was Computer Janitor, able to blow the house down with one mouse-click. However things we are missing include some of the theming options we had under the now-departed Gnome-2.
More serious is the lack of the full tools for user account admin, driving veterans and new-comers alike back to a command-line interface.

And for all 11.10's sophistication, some have felt the need to carry over old tools or develop new ones to make up this short-fall; Compiz Config Settings Manager, MyUnity, Unity Tweak and others, which hasn't always pleased those back at the Canonical Mother-Ship.

Let's see if we can't steer a middle path, stay on the road and get there with a little more comfort. RC