Opinion: Going on Too Long 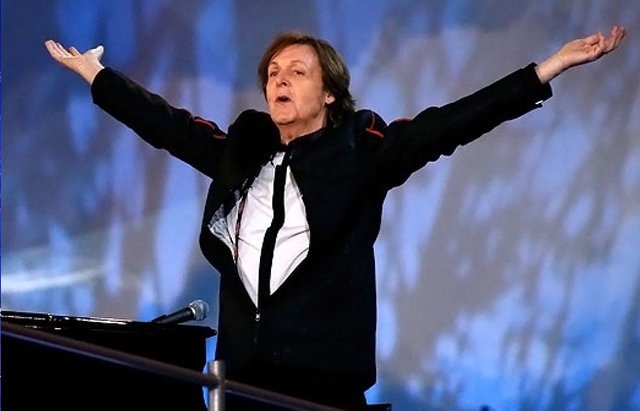 In conversation with a fellow fan this week, we touched on the fact that rock-stars these days are more like the crooners of the previous generation. They no longer retire, they just keep on rocking when they ought to be in rocking chairs. They don't seem to know when to stop; which would be acceptable in any other profession but pop music, where we demand the fresh and the new, with at least some reinvention or evolution.

Cranking out the same old same-old consigns our one-time heroes to a corner of self-parody kitsch.

If you think about it, all the true rock'n'roll heroes are dead; Buddy Holly, Elvis, Jim Morrison, Hendrix, Lennon. Who's left? Status Quo, Floyd, and the man who triggered this debate, Paul McCartney, who played the Olympic opening ceremony and by a majority vote was judged 'past it.'

Some musicians manage happily to keep plying their home waters with a bit of dignity, in the warm glow of their die-hard loyal fans; others dive loudly into the muddy ebb tides of nostalgia in the hope someone will notice, shout 'man overboard' and not laugh too much as they paddle wet and bedraggled to the shore before they drown. Some just drown.

You can argue that Alice (Cooper) and Ozzy happily go on; some people think they died years ago; they themselves treat their longevity with a certain self-aware gallows humour (near death escapes included).

Endless comeback kids include Blondie - with my idol Debbie Harry looking like Gloria Swanson in Sunset Boulevard - Tom Jones, Duran Duran "and many many more" (copyright Ronco, 1974 onward). Tony Bennett may be pushing 80, but there's an attainable dignity retreading MOR ballads like I Left My Heart in San Francisco. Mr Bennett is Big Band, not electro-pop (Petshop Boys and Spice Girls at Olympic Closing, please take note). Placido Domingo had the dignity to retire from top-tier operatics before his remarkable voice declined; Pavarotti did not. Such is the addiction to money and fame.

Much as I hate to pass judgement on anyone for their age, shouldn't some of these folks have the self knowledge to know when to stop? It's one thing to be a school dinner lady at sixty-five, but a rock'n'roll star? Yes Iggy Pop, "I'm a real wild child," selling insurance via excruciating TV ads, we do mean you.

Surely we deserve to remember our idols as they were and not let them tear down their own reputations? RC