Review: Know How 9 - How to Build a Virtual Machine 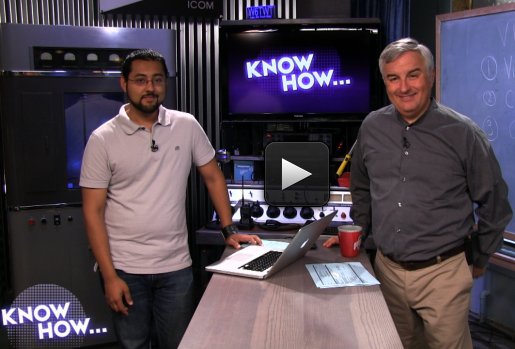 Get the know how to make technology work for you. Iyaz Akhtar and Leo Laporte show you tech projects that you can do yourself and explain everything from tech basics to advanced techniques.

Taking a different topic every week, Leo and Iyaz produce this weekly tech-tutorial show on Leo's Internet-only Twit Network, streaming live and with on-demand audio and video available shortly after.
Leo Laporte has been a tech journalist since Moses was a boy; he's something of an acquired taste, his light, informal style can get a bit silly, but its better than the cheesy, fake chuminess of certain US broadcasters I could mention. Iyaz is one of his young co-hosts, a solid content presenter, a bit bland, but developing his skills well.

In episode 9, Know How took a successful run at Virtualisation technology, with Iyaz pressing the buttons and Leo asking the questions.

"Virtual machines allow you to try out all kinds of operating systems without having to muck with your hard drive or setting up a multi-boot system. Today you’ll know how to run virtual machines for free."

Advocating VirtualBox as the VM platform and using a pre-built ChromeOS appliance as the example, the pair skimmed through the basics in under a half hour. It's a light, accessible show that covers the ground quickly but is likely to leave listeners and viewers with as many questions as answers.

It's a loose, unscripted format; Iyaz does the research ahead of the show and you feel he and Leo are relying on their day-to-day knowledge to churn out these shows quickly without rehearsal. As such, there were some annoyingly imprecise and potentially confusing points made.

In thinking of the target audience - the technically curious, PC-literate hobbyists, this is probably enough, with the links in the show notes, to pique the interest of people to go find out more and be bold enough to play with the technology. In which case, job done.

For this edition, Iyaz put together a good, brief and accurate set of show notes for the ChromeOS example, a good compliment to round out the content.

I'm now going through the back catalogue of Know How picking out some of the earlier editions to see how the quality holds up across diverse subjects. RC

Related: ChromeOS on Dell Mini on Everything Express