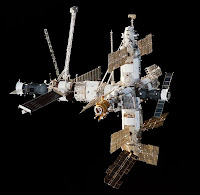 With time to let the dust settle and reflect on the bust-up between Canonical and some parts of the Ubuntu community, what can we really say about the state of relations between the sponsor and its contributors?

Last month Canonical caused some upset by unveiling its' Project X, the new compositing and rendering engine, Mir, turning away from Wayland, which Mark Shuttleworth had been supporting for the best part of two years.

Mir will be a substantial technical prop for Ubuntu across devices and platforms, as Canonical seeks commonality of code and toolkits for development. However, not only is Mir looking somewhat proprietary, but the nature of the announcement and the revelation that Mir was developed secretly under wraps for nine months has caused some friction within the community, to say the least.


Suddenly the Ubuntu Council, project leaders and developers - basically anyone outside the hallowed portals of Canonical - has to question what they are and aren't 'allowed' to contribute and whether or not that contribution has any value or place in the increasingly centralised and less Open Source Ubuntu OS. Community Council member Elizabeth Krumbach asked that very question in a very reasonable blog post.

With one notable project leader, Jonathan Ridell effectively resigning his Ubuntu Member status, Shuttleworth then made things worse by going on the attack instead of taking it on the chin - accusing Ridell of 'devisive leadership.' Call it toy-throwing or blatant hypocracy, this may go down as the 'Benevolent Dictator for Life's' shark-jumping moment, proving that the words 'benevolent' and 'dictator' simply cannot sit side-by-side.

Now join the dots to another announcement which went out last month.

No one doubts Canonical's ambition and drive to get Ubuntu onto as many devices as possible, even to the extent of working with the Chinese state. Canonical is working with the Chinese regulators to get a version of Ubuntu certified for public use. For now, let's just say that however you try to dress that up, software freedom and the People's Republic of China do NOT go together.

What this adds up to is a double-whammy of disappointment if you were marching behind Canonical as a benificent flag-bearer for community-driven development and software freedom.

At risk of repeating myself, however, I'd like to emphasise that Canonical is a commercial entity. While it has a long way to go to reach the level of Oracle Corp. in it's single-minded pursuit of the dollar, as a commercial venture, Canonical needs to get product out to consumers to make money.

It was unfortunate that Randall Ross, in attempting to explain and excuse Canonical's behaviour, likened Ubuntu to a multi-stage rocket in which we all play a part in reaching for the stars. I say unfortunate because many contributors chose to see their efforts jettisoned with the booster rockets as the Canonical command module blasts onward to new worlds.

Whether or not Canonical's Apple-esque attempt to build its' own controlled and exclusive framework for Ubuntu succeeds, whether or not the rocketship reaches its' destination, the rest of us have to accept that a commercial sponsor reserves the right to put its' money where it chooses. You can follow the money, or go with the community. that's just the way it is. RC