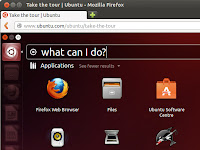 The Ubuntu team is very pleased to announce the release of Ubuntu 13.04 for Desktop, Server, Cloud, and Core products.

Maintenance updates will be provided for Ubuntu 13.04 for 9 months, through January 2014.

Thanks to the efforts of the global translation community, Ubuntu is now available in 42 languages. For a list of available languages and detailed translation statistics for these and other languages, see: # http://people.canonical.com/~dpm/stats/ubuntu-13.04-translation-stats.html #

This release cycle, we welcome two new flavours to the Ubuntu archive, Ubuntu GNOME and UbuntuKylin. For more information about each, see their wiki pages, and welcome them to the family:

Users of Ubuntu 12.10 will be offered an automatic upgrade to 13.04 via Update Manager. For further information about upgrading, see: http://www.ubuntu.com/download/desktop/upgrade

As always, upgrades to the latest version of Ubuntu are entirely free of charge.

We recommend that all users read the release notes, which document caveats, workarounds for known issues, as well as more in-depth notes on the releaseitself. They are available at:
http://www.ubuntu.com/getubuntu/releasenotes

If you have a question, or if you think you may have found a bug but aren't sure, you can try asking in any of the following places: #ubuntu on irc.freenode.net http://lists.ubuntu.com/mailman/listinfo/ubuntu-users http://www.ubuntuforums.org http://askubuntu.com #

Help Shape Ubuntu
If you would like to help shape Ubuntu, take a look at the list of ways you can participate at: # http://www.ubuntu.com/community/get-involved

About Ubuntu Ubuntu is a full-featured Linux distribution for desktops, laptops, netbooks and servers, with a fast and easy installation and regular releases. A tightly-integrated selection of excellent applications is included, and an incredible variety of add-on software is just a few clicks away. #

Professional services including support are available from Canonical and hundreds of other companies around the world. For more information about support, visit:
http://www.ubuntu.com/support

More Information You can learn more about Ubuntu and about this release on our website listed below:
http://www.ubuntu.com

On behalf of the Ubuntu Release Team, Adam Conrad