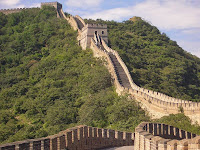 Only we're not. The government issued a fraudulent and hypocriticial set of demands to Internet Service Providers demanding "a commitment to fund an 'awareness campaign' (currently undefined and open-ended) for parents" and to change the language they are using to describe the net safety filters they will be offering to Internet users. Instead of talking of "active choice +", they are urged to use the term "default-on." All, the letter says, "without changing what you're offering".


Caving in to demands by politicians and newspapers for default-on filters, this is intended to block harmful and offensive - but legal - material through the Internet Service Providers unless customers choose to have the filters switched off.

Industry sceptics list three reasons why it won't work: "...first it may be illegal under the Regulation of Investigatory Powers. Then there's the fact that no filter is perfect, and finally kids are smart enough to find their way around them."

Worse, "it makes parents complacent - if you tell them the filter is switched on by default, they get a false sense of security. We want parents to make informed choices about the way their children use the internet."

Technically, deault-on is the worst kind of temporary fix that will be easily circumvented by the smartest, most tech-savvy members of the household - children.

Might I suggest Cameron has joined the Nanny State as a policy ploy? All for  individual choice and responsibility until the Tories decide the populace is too stupid or irresponsible to make the choice that's good for them, in which case the Tories will make it for them. Because Government knows best. And it plays well in the right-wing press.

If the problem is that children can't use the Internet safely, then parents should supervise them when using it, educate them how to use it so they can use it safely on their own, or don't let them use it at all.

But no, the Internet is potentially harmful. Unlike cigarettes and alcohol which are actually harmful, but have powerful lobbyists to water-down or burn any further regulation of those industries.

And who is getting dumped on to implement this fiasco? The ISP's, except the government is offering no funding for the ISP's to manage the multitudes of transparent proxies, keep the filtering lists up to date or manage the opt-in/opt-out register. And how is this going to work, exactly? DNS filtering? See process outlined above.

We have a government that believes every industry should be capable of self-regulation, but the Internet is far too dangerous: all that information? Unregulated? Unexpurgated? Why, this is emotional terrorism against our children. And don't you dare disagree. If you're not with us, you're agin' us. Who said that last? George W. Bush. And where did that get us? Iraq, the Patriot Act and the dismantling of the US Constitution. Well, it's easier in good old Blighty, as our constitution isn't written down.

So who decides what content gets blocked? Stop twenty people in the street, you'll get twenty different answers. Actually, any questionnaire defining a scale of what's acceptable will give you any number of answers.

Instead, the government will step in and tell us what's acceptable. It won't matter which government - the UK, the US, France, Germany - all have their own policy agenda depending on how dangerous they perceive the Internet to be, from left, right, religious or secular viewpoints.

Unfortunately most of the pornography is outside of the jurisdication of the governments wishing to filter it. So are we now looking at an Iranian-style, super-filtered National Non-Internet or a Great Firewall of China? Therein lies the Orwellian nightmare.

But it will be fine. I'm sure there's a bored twelve-year old in Essex, or Abergeveny will punch a hole right through it. Or a retired Nigerian general. You know the ones. RC

Image credit: Great Wall of China at Mutianyu by Ahazan.