Opinion: Ad Blocking and why you're not a pirate 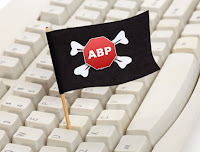 Web user: I hate ads. They're annoying, intrusive, distracting, they suck up bandwidth, delay my page loads, scam me with fake content and click-bait, and show me and my kids offensive and inappropriate content that is NSFW or home and bypass my privacy and parental rights.

Advertiser: That's my revenue stream you're talking about. That's how I can afford to serve your content and pay my bills.


You can block online ads with tools like Adblock Plus and uBlock. Content producers and publishers hate them as ads are often their only source of income which pays for the content in the first place.

As a consumer, they are a godsend. When do I care about the publishers? Perhaps only when the sites shut down. Perhaps never. Perhaps I just move on to other sites and get my content elsewhere. If the content is so valuable to me that I absolutely need it, then I'll take out a subscription, or make regular donations to a site that enables me to do that.

The trouble is jurisdiction; advertising on the Internet is notoriously difficult to regulate unless the advertiser has a recognised brand in a country with an effective regulator such as an Advertising Standards Authority (ASA). Those advertisers who want to stay on the right side of the law for the sake of their brand tend to do the right thing. Mostly.

That isn't to say they don't employ some dubious practices such as repetitive pre-rolls and pop-ups and extremely annoying ad content. It may be legal, but it's not a good consumer experience. We're looking at you, gambling industry.

The rest of the cowboy ad merchants who are outside national jurisdictions and rely on anonymous script-farms in the Cloud just don't care. Actually some of the 'reputable' sites turn a blind eye for the sake of dollars, too.

And supposing I do let the ads through; I watch all of them but never buy any of the products, take any of the services. Now I've expended a LOT of my short lifespan with no benefit to me or the advertiser. So who just gained? Marketing managers know that half of their budgets are wasted, they just don't know which half. If I know I'm not going to buy 99% or more of the products advertised on a particular site, does it matter if I block the ads?

So the consumer response is to get an app or a browser extension. Done. Ads blocked. Pretty much everywhere. The marketing behemoths don't care, but it hits the small and independent content producers disproportionately hard. Doesn't it?

Stats from PageFair show a huge increase in the use of ad blockers, particularly by the tech savvy 18-29 age group; but for 2013-14, that was only about 5% of all total Internet users. Which isn't a huge problem in itself, except it hits a lot of younger, upcoming, independent content producers normally patronised by those users. But that means there's still 95% of the Internet population still sucking up the ad garbage.

So we are moving to more and better ad blockers, the trouble being they are a very blunt instrument; even if you have the option to configure which ads do and don't make it through to your browser, who has the time? Mostly we leave them on default settings and hope for the best. If you cut out just the Sky Sports ads but leave in the ads for Sillit Bang, does that help you, the site, or the advertisers? You like the Meerkat ads, except the ones with Arnie Schwarzenegger; can you action all your criteria?

Meanwhile it's the big boys in web publishing crying foul the loudest; "ads pay for your content." Which is true. By their argument, blocking the ads means you are effectively stealing content for free, equating you with media piracy. Strong stuff. Are ad-blockers illegal? No. Is taking Internet content for free illegal? If it is served on a public-facing website, with no obligation to take the ads, with no means of enforcement via Terms and Conditions consent or by login behind a pay wall or other membership system, using some form of micro-payments, then no.

Besides whining, threatening and brow-beating consumers, what are publishers doing about the problem? In the case of News International and publishers like them, erecting a solid pay wall.  You don't want to pay Rupert and friends? Get your content somewhere else, that's the deal.

Some publishers are paying the ad blockers to white-list their content, which is a pragmatic solution to the problem on the part of both parties; commercial real-politic for one and ethically dubious for the other.

There is an arms race between advertisers and ad-blockers similar to the malware writers and anti-virus vendors, one to circumvent, the other to strengthen the ramparts.

Other advertisers are trying to innovate and present better, more engaging, entertaining ad content, which goes some way to placating us consumers. Unless it's an innovation like stuffing your notification area with ads, which is just beyond the pale.

I feel for the small, independent content producers, I really do. This very problem of revenue generation is what keeps me in conventional employment rather than being a web entrepreneur.