What happened? A lot and a little.

Stay tuned, there's still a lot of tech going on, I just don't have the time to write it all up like I used to. You can skip past the domestic update if you want...

First off, I quit the old job, because there's only so long you can keep up 2.5 persons' worth of work on .85 of one person's salary. With 4 hours round-trip travel, cross-country. It was time to stop before I wound up upside-down in a ditch.


Well, it was only supposed to be a part-time job anyway... 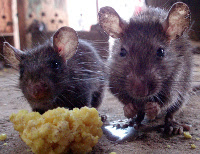 So I stopped to renovate two houses; got my tenants into one, and me and my young lady into the other. Our place is still not finished. I was interrupted by the return of our little visitors...

I'm hoping this time they get the message having poured concrete into their grand entrance hall, leaving one stuck inside. Squeak, squeak, Zzzaapp!

They should sell electric rat traps with little decals so you can rack up your kills like on the side of a fighter plane. I digress.

Without a plan, I reverted to part-time sports coach and added part-time Trustee of the local sports charity. And now I maintain their website...

And you're back in the room!

Once again I'm trying to steer a non-technical organisation toward high-tech nirvana, but on a shoestring budget. I'm building a full eCommerce site in Wordpress with WooCommerce and a slew of plugins, trying to bend things into the right shape because the client wants a complex booking/ticketing/membership/subscription system but has no money to pay for it.

I don't do code, and with one eye on an exit strategy, don't want to build something I can't hand over to someone else in an afternoon.

Which reminds me; when you start a job like this, always agree the support and maintenance arrangement before you begin. No more of this 'can you just...?'

On the plus side I've had to 'learn' Centos and research a whole raft of Wordpress issues around plugins, maintenance and security. And payment gateways. Dog-gone-it if it didn't take £3k in the first month of a soft launch and limited offers. Oh, yeah.

As a side-project, we're also launching a pay-and-play tennis booking system in partnership with the national governing body; unfortunately the courts aren't ours, nor are the two electrical contractors or the software house. I was only supposed to embed a widget.

Plus ca change...
I'm still on Debian, albeit a couple of versions along the road. I troubleshoot Windows 10 on a regular basis as the 'knowledgeable friend'; like we all used to with cars before they got so high-tech only a laptop with a 100-pin interface cable can diagnose anything.

Meanwhile, Ubuntu is ditching Unity to go back to some flavour of the Gnome desktop; I hate to say I told you so but...

Where were we? Somehow I've ended up with a laptop graveyard, a collection of semi-working Windows 7 and 10  installs, a couple of mini-tower PC's I haven't booted in over a year and before any prospective housebreakers pack the jemmy and the swag bag, all you'll get is a hernia and disappointment. Really.

I'm resurrecting a couple of book projects, which means re-learning Scribus for the proofs and that's hilarious because I couldn't work it properly the first time around.

All of which means the old mantra - if I learn a new thing, I write it up for the blog - is a golden aspiration of a long-lost age (about 2013).

Various websites had bitten the dust or been moth-balled, with the exception of my film blog - I'm doing so well that it's already March and I haven't yet seen anything released this year - and the playing-with-swords site.

Despite the fact that I have two additional youth coaching sessions, my regular juniors' class and the adult medieval combat class this week, I think I have to admit that I'm slowing down. Or the rest of the world is speeding up. This may be the net effect of starting Tai-Chi.

So to keep a half-promise, I'm going to cross-post from the film blog a review of The Circle, since it's technology related and I only just saw it this weekend.