Only we're not. The government issued a fraudulent and hypocriticial set of demands to Internet Service Providers demanding "a commitment to fund an 'awareness campaign' (currently undefined and open-ended) for parents" and to change the language they are using to describe the net safety filters they will be offering to Internet users. Instead of talking of "active choice +", they are urged to use the term "default-on." All, the letter says, "without changing what you're offering".

There's one important thing I didn't stress enough in the previous cloning article, and that's the handling of networking and MAC addresses.

In the graphical tool in VirtualBox for cloning machines you need to be alert to the MAC addresses of your virtual machines and re-initialise the MAC address of any clone that's going to run alongside the original.

Not an issue if the two are never running side by side, critical if they are, as your network can't handle duplicate MAC addresses, so neither will register.

It's a one-click operation that's easy enough to do when you create the clone or at any time after. RC 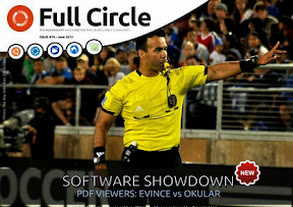 Full Circle - the independent magazine for the Ubuntu Linux community - is proud to announce the release of our seventy fourth issue.